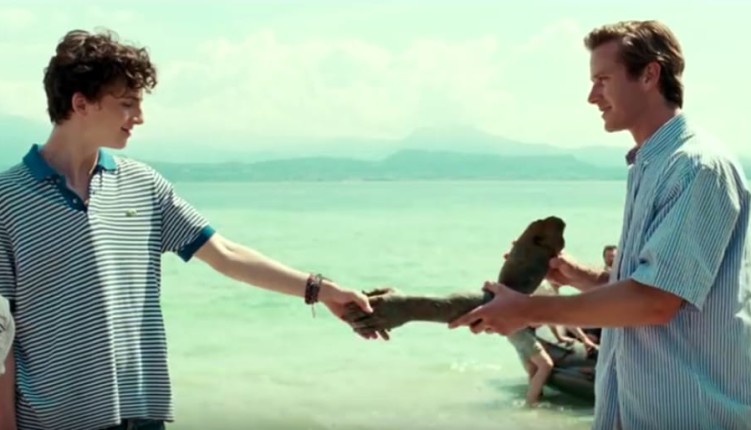 Call me by your name

The latest film by Luca Guadagnino entitled “Call me by your name” out in recent days in Italian cinemas, sees Lake Garda and in particular the splendid peninsula of Sirmione, as a backdrop for an important film scene.

«Call me by your name» original title, is in the run for the Oscars in the categories: Best Film, Original Song, Non Original Screenplay (adapted by James Ivory) and Best Actor (Timothee Chalame).

The film tells the story of the first gay love between a young Italian and an American student, it is among the nine best films along with the war dramas Dunkirk and The Darkest Hour, the thriller Get out, Lady Bird, the sartorial history of The hidden thread, the journalistic film The Post, the fantasy The Shape of water and the final victory favorite, Three posters in Ebbing, Missouri.
In addition to nominating for Best Picture, he was nominated for Best Actor with Timotheé Chalamet, Best Original Screenplay (James Ivory) and Best Original Song for Sufjan Stevens’ “Mystery of Love”.

In addition to the 4 Nomitations at the 2018 Oscars, the film was included in the top ten of the year by the National Board of Review, nominated for three Golden Globes, six times at the Independent Spirit Awards and four times at the Bafta awards.

The film was shot in Sirmione in June 2017, between the archaeological park of the Grotte di Catullo and the famous Jamaica beach, with scenes by land and by lake.

If you want to visit the beautiful places of the film and stay in the lower Lake Garda, visit our website
www.desenzanoloft.com

EXCELLENT BATHING WATERS IN ALL THE DESENZANO BEACHES